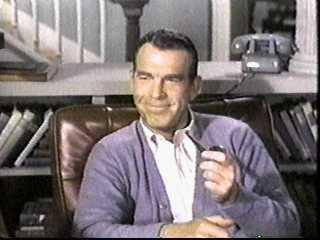 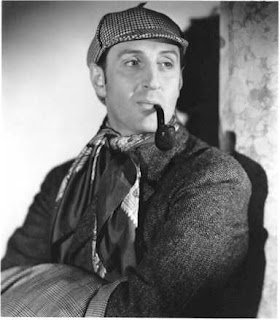 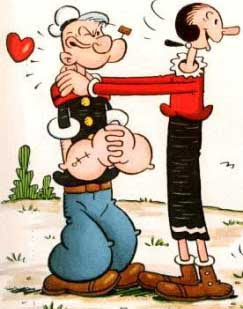 What does...
Santa Claus, Fred McMurray, Albert Einstein,
Douglas MacArthur, Hugh Hefner, Bing Crosby,
Donald "Duck" Dunn (The Bass player for The
Blues Brothers), Lee Van Cleef (The 'Bad' in
The Good, The Bad, and The Ugly), and Sherlock
Holmes(*)...Have in common with Popeye the Sailor?
(They ALL gave the pipe to Olive Oyl)

(*)...NOT the 19th Century Hounds of the
Baskerville Sherlock Holmes. Rather the updated 1940
London Blitz and later, Sherlock Holmes...
If you or anyone you know has written a Friday Flash 55
Please come tell The G-Man
I will visit, read, enjoy, comment...Then BOOK!!!
So from the most Elementary Host from coast to coast
Have a Kick Ass Week-End!!!


Of course you are all too young to remember the Public
Broo Ha Ha of the early 50's, but Albert Einstein DID
in fact have a torrid romance with Olive Oyl. Reportedly
she was distraught over Popeye's clandestine affair with
Betty Boop, and she was determined to exact her revenge.
Einstein, though very smart, rarely bathed, and was said
to have smelled like cheap pipe tobacco, Horehound, and
pissy diapers. Cartoon chicks was all he could get......
Posted by G-Man at 8:00 PM

Goodness, cartoon love can be as complicated as goat romance. Here's mine. http://razzamadazzle.wordpress.com/2011/12/15/shoes/

errr....cartoons it seems are as bad as soap operas...i know the comic books have become....

Any salacious stories about Jessica Rabbit?

I did need a laugh, G, and I thank ya for poppin' over. The guilt (ugh!) inspired a quickie (thought you'd dig that choice of wording) and we'll chase it with Templeton Rye Cheers, my friend ~

You are such a nut!

It is Thursday evening and I just got home. Do you know what the first thing I did was? I turned on the Presidential Debates. BUT the second thing was to link up to FF55!

I'll be back later tonight!

i hear you man...the roots are love on people...i tagged victoria today, she is a good friend and has like 6 people playing over there...i know maybe half of them but at the end of the day i am supporting her, just like the last 116 straight fridays i have for you...

55s is a fun place...we have def been through changes over the years and ups and downs and seen many come and many go...and props to you for always leading us...i appreciate that pops...

ultimately blogging is a relational sport...sadly one sided relationships dont tend to last long...love and respect.

I was reading some Sherlock Holmes before bed just a few nights ago.
Good stuff.

Olive Oyl is so skinny she makes me want to force-feed her a sandwich through a straw.

glad I dont smoke a pipe cuz she's not my type...
sorry I'm late been in and out of the hospital this week

The fun you create always makes me feel like such a downer! Fortunately I came up with something a little light this week:

I thought Einstein was married.

Olive Oyl a homewrecker? Say it isn't so!

Love it every week :)

I always had my suspicions about Popeye. You'll find mine here.

I enjoyed this. It made me want to see The Good, The Bad, and The Ugly again.

Anyone else remember an advert that ran 'A pipe does something for a man...'

My dad was a pipe smoker. Thanks for the reminder.

Have a K/A weekend Mr G-Man.

We have loads of cartoon characters in the UK - mostly in Government!

Pipes: yuck! First job I had the guy who trained me smoked a pipe which I think was filled with garbage. :)

Mine's up. Have a fun weekend.

You are a silly one today. By the way, I took your challenge but put my twist on it. You can find me "manifesting my destiny" over HERE

All great characters. Thanks for the trip down memory lane.

Here's mine at Roses to Rainbows

EEEK-Torrid! I love the scent of pipe tobacco- however...

Hey - I had to 'pipe in' again this week! lol, something that has always bugged me....

lol - I guess that's the advantage of being a cartoon character. You don't have all your senses (especially the olfactory kind!) :)

Gee, I could add my own name to that list. At least for a couple years when we were first married (is one pipe a week often enough to count?)

I never knew that about Einstein. . .

But I did hear a story (probably apocryphal; I suppose I could snopes it, but right now, I'm not that ambitious) that Eistein and Marilyn Monroe were at some fancy dinner together. Marilyn is supposed to have said, "Dr. Einstein, you and I should have a child together; with your brains and my looks, how could he lose?"

To which Einstein is supposed to have replied, "Yes, but what if he gets your brains and MY looks?"

I never knew Olive Oyl was so sought after, except by Bluto, whio seemed the classic loser. But of course, with a figure like that...

I couldn't miss your party, my friend, despite the ghosts of christmas past haunting the house and rattling their chains--thanks for all you do to make Fridays fun--and educational(!) for all of us, and thanks to all the folks who play in your big playpen--but not Einstein, if he has those problems you mention.

my mom once dated a guy who called me olive oyl.

The stuff you know G. Wow.

I managed to mash 55 words together today. Enjoy.

Have a great weekend, G-man!

I am actually playing today, believe it or not! ;-)

Craig...
I've always thought that was an interesting story. But research shows that Einstein and Monroe NEVER met. The quote seems to have come from Groucho Marx!

And part of the background humor of the story (such as it is) is that Norma Jean actually had a pretty decent IQ, notwithstanding the roles for which she was typically cast. . .

@Craig & G--yes--when they auctioned off MM's library she had over 400 books of all types, and we're talking literature, not Harlequin romances, many of them with her notes in the margins. She was far from being the simple sex toy she so often portrayed.

Well after all, she WAS married to Arthur Miller. So she had to be able to carry on somewhat of a conversation.
But if she applied peroxide with a toothbrush to her pubic region just so the Cuff and the Collar matched, maybe she didn't have to talk very much....

Hedgewitch... that is awesome and interesting knowledge, thanks! As for G-Man... well... ;P

Hmmm.... I do understand. I always rather admired Olive Oyl.

Thank you for sharing.

Humorous and informative!
A little late this week, more like a Spluttering Saturday 55..

Personally I would have thought Fred McMurray would have liked his women a bit more uh lush.