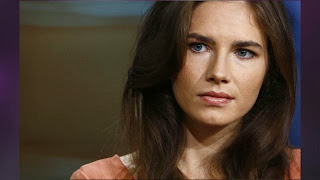 So let me get this straight....

Amanda Knox was an American student in Italy.
She was trouble free with no legal issues.
So out of the blue she kills her room-mate for no reason with no evidence?
The Italians convicted her under mysterious circumstances.
Logic and reason set in and her conviction was overturned in appeal.
Now they want to RE-Try her?
Can this go on forever until they get a decision they want to hear?
Fuck Italy!!! I would Never Never Never go back to that Country
And if convicted in absentia, I'd go so far underground that even The Pinkerton's
wouldn't find me.
Just Sayin....What's your opinion? 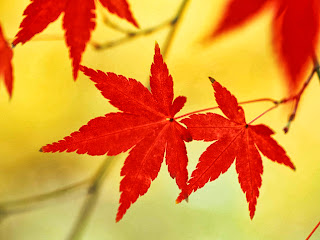 'You look Radiant....All spiffy in your new scarlet outfit!'

"I just wanted to look my best when the time comes. Say, wouldn't
it be swell if we could be pressed in waxed paper and saved forever
as a Book Mark? I DREAD the thought of being blown, raked, bagged
and burned....."


The blown, raked, and bagged part doesn't seem so bad, but it would be just
my luck to end up in some mulch bin with rotting leftovers and grass clippings!
If you or anyone you know has turned red or has written a Friday Flash 55
Please come tell The G-Man.
I will visit, read, enjoy, comment....Then BOOK!
So from the most photosynthetic host from coast to coast
Have a Kick Ass Week-End!!!!!
Posted by G-Man at 8:00 PM 30 comments: 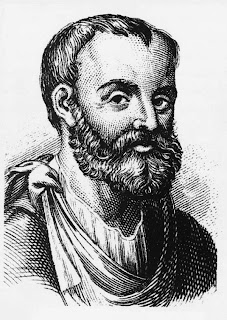 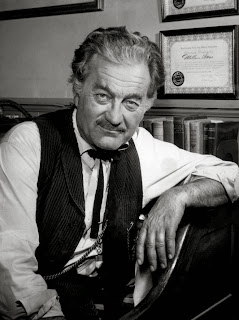 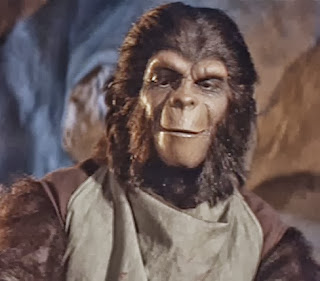 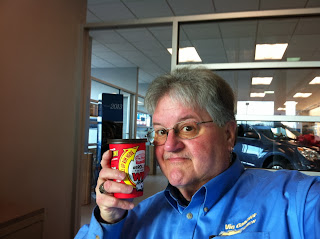 There is a common thread here. Can you name the tie that binds? 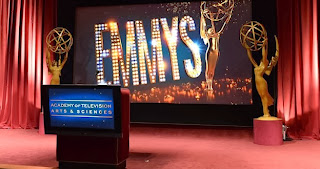 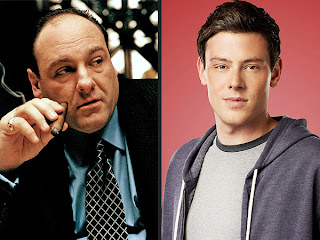 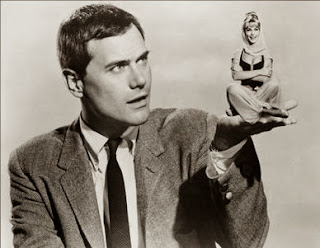 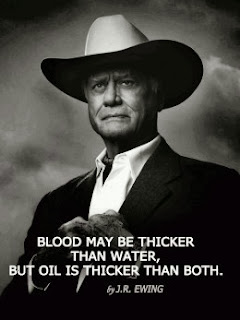 Last Night The Emmy Award Show posthumously honored two TV stars that
passed away this past season, James Gandolfini and Cory Montieth.
Tony Who? Cory WHO?????
And one of THE most Iconic TV stars of all time wasn't even an after-thought?
Larry Hagman as Major Tony Nelson on I Dream of Jeannie and of course
JR Ewing on Dallas. What an unforgivable oversight!!!
How could the writers and producers be so stupid?
I'm non-plussed!!!!!!
Posted by G-Man at 1:37 PM 10 comments: 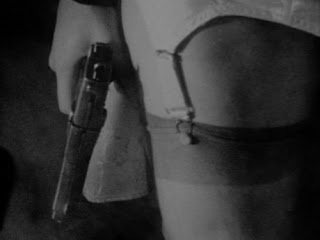 I'll say this for Shay, she certainly loves her poetry. Oh, she appreciates all poetic forms
and styles. But she prefers Free-Form from the heart, and Lover's Lament. Ironically she
HATES haiku with a passion!!
And tonight, she has unfinished business regarding that passion to correct.....

If you or anyone you know hates haiku or has written a Friday Flash 55
Please come tell The G-Man
I will visit, read, enjoy, comment ......Then BOOK!!!

In spite of the risk
Please, have a Kick Ass Week-End
And watch out for Shay!!

DISCLAIMER: Any depictions of persons dead or alive in the preceeding story, is
strictly intended!!
Posted by G-Man at 8:00 PM 27 comments: 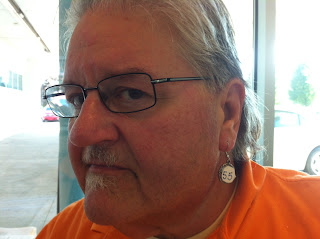 
Is a Haiku NOT about nature still a Haiku?
Is Haiku Poetry?
Never mind about that horsehit...Here comes Mongo!
(One of my favorite movie lines)
See ya Tomorrow night...I hope...hehehehehe 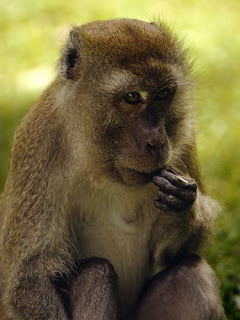 Don't let that coquettish and demure look fool you, behind those seductive eyes
lies Danger and Disease! Because of it's tropical-like climate, Florida seems to be
the breeding ground for some unwanted foreign invaders. First it was the Burmese
Python, then it was the Cuban Tree Frog, now it's the Rhesus Monkey (Macaca Mulatta)!
Oh they seem harmless and cute, but of the 1000 or more feral monkeys living in
the Sunshine State, most are infected by the Herpes B Virus.
So if you are in a bar, or sitting in a park minding your own business, and one of these
furry little sluts cozies up next to you and tries to engage you in a little Crazy Monkey Love,
kindly thank them, give em a peanut or a banana, then move on. They Are Trouble!!
If you are Simian-Curious and/or from Possom Hollow West Virginia, always wear
a condom! (Herpes can also be spread through oral sex as well)

This Public Service Announcement was brought to you by Trojan...
(Don't be a Fool, Vulcanize that tool)
(No Glove...No Love!!)
Posted by G-Man at 10:29 AM 17 comments: 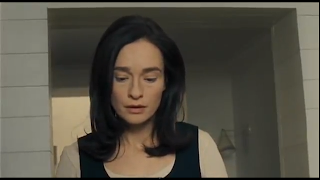 Had I met the dame in a bar, I'd have brushed her aside like a piece of lint.
But there she stood in my office doorway. Young, almost pretty, and not wearing
nearly enough make-up. In spite of her drab look, she was exceedingly friendly.
Sometimes the friendly ones are the most dangerous.....


Note to self: You listen to WAY too many old radio dramas!!
If you or anyone you know is overly dramatic, or has written a Friday Flash 55
Please come tell The G-Man
I will visit, read enjoy, comment.....Then BOOK!!!!
So from the most gracious host from coast to coast
Have a Kick Ass Week-End!! 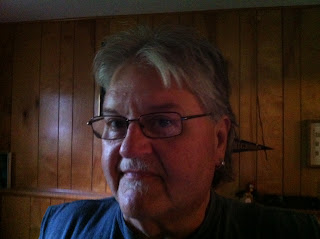 Yeah, it's that time of year again.
Time for G-Man's Semi-Annual Hair Cut!!
I blame it on the crazy weather we are having.
Today it was 98 degrees, too hot for a shaggy mane.
But tomorrow night it's getting down to 43 degrees.
Hey wait a minute, that's a difference in one day of.....
You do the math, see you Thursday 8:00 PM EDST!!!!! 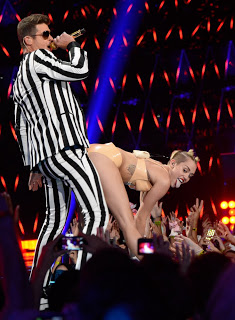 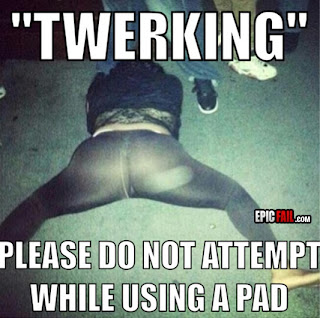 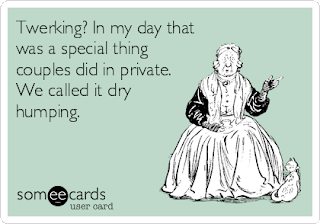 Miley Miley Miley......
Sweet Little Hannah Montana.
What a commotion you started at the VMA's.
Thank You!! 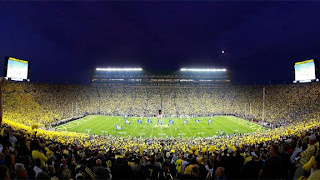 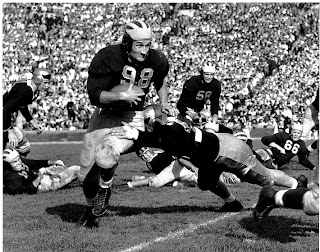 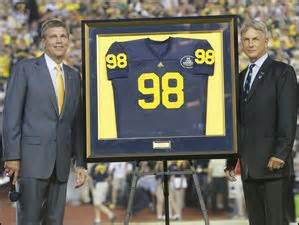 Hi Everybody...
What a GREAT Saturday for the G-Man!!
First of all a night game between the two winningest teams in NCAA
history, a 41-30 thumping of The Fighting Irish, your second biggest rival.
Being part of THE largest crowd to watch a college game 115, 134...EVER!!!
And the topper?.....Leroy Jethro Fucking Gibbs!!!!!
Every game Michigan honors one of it's many past heroes, and this game
it was Tom Harmon...Old 98.
Tom Harmon played for Michigan in 1939 and 1940.
He was a superstar on both offense and defense. He was a two time All American.
He was Michigan's first Heisman Award winner.
He also punted and kicked extra points and field goals.
He was the first athlete to make the transition from playing to broadcasting.
Anyway, the athlete or the athlete's family usually receives a commemorative
jersey in honor of the occasion. Mark Harmon of NCIS fame happens to be
Tom Harmon's son. He was there to accept and to make a little speech.
Of course in my section I started chanting..Jethro..Jethro..Jethro...soon my
fellow section-mates took up the chant as well...It Was Electric!!!!!

My Friends.....Being that I've been to the Orchard for Hot Do-Nuts right out of
the grease, and coupled with last nights delirium , this was a Kick Ass Week-End!!!
Posted by G-Man at 2:22 PM 12 comments: 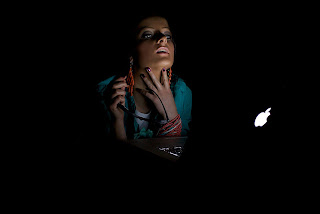 Some people blog to be funny
Some people blog for support
Some only blog for the money
Some blogs are all about sports
Blogs are started for various reasons
For politics, sex, or romance
Some people write, some people fight
Some  blog without wearing  pants
(Don't be so shocked, it could be laundry day!!!)


I started blogging on a whim, now here I am SEVEN years later.
If you or anyone you know is whimsical or has written a Friday Flash 55
Please come tell The G-Man
I will visit, read, enjoy, comment....Then BOOK!!
So from the most pantless host from coast to coast....
Have a Kick Ass Week-End 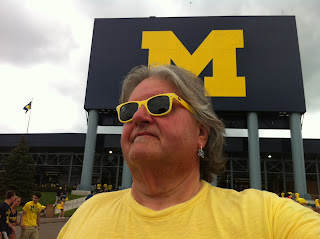 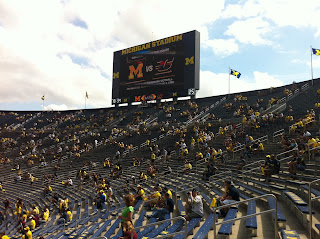 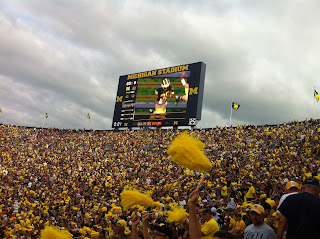 Last Saturday was Michigan's home opener against Central Michigan.
As always I enjoy getting to the game early, sitting in my seat, and watching
the mighty stadium slowly fill to capacity. Michigan pummelled the hapless
Chips by the score of....... Well, if you click on the last pic, you can see what
the score was. What a coincidence eh?
See you back here on Thursday 8:00 PM EDST.
Posted by G-Man at 4:00 PM 12 comments:

110 miles from Cuba to Key West.
Diana Nyad on her FOURTH attempt overall, fucking swims
the distance in under 59 hours!!
Sharks, Jellyfish, puking salt water the whole way, SIXTY-FOUR?
The question is....Is she an Inspiration or a Crazy Bitch?