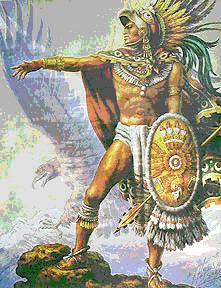 'Dear Mr. Knowitall, last night my wife told me that I have no lead in my pencil!
Do they still put lead in pencils'?

The ancient Greeks, Romans, and Egyptians used small lead disks for drawing guidlines on papyrus before writing and painting with brushes and ink.
Rods of lead, silver, and zinc were also used to make light drawings, but that changed in 1564 when a huge graphite deposit was discovered in Borrowdlae England.
Using graphite to draw wasn't new. Long before Columbus, the Aztecs used graphite for much of their art. They took the graphite, and carved pointed 'marking stones' out of it. The problem was that they marked the writer's hands as much as what they were drawing or writing. Eventually that problem was solved by wrapping string around the sharpened stones, and unwrapping the string as the points wore down.
That was the first version of the modern pencil!
And speaking of the modern pencil, I bet you're wondering how the graphite gets into the wooden casing aren't you?
* First the graphite is ground up and mixed with a fine clay. The more clay that is added...The harder the lead!
* Then the mixture is forced through an 'extruder' to make a long thin rod.
* The rod is then fired at a temperature of 2200 degrees F to harden, and then treated with wax for smooth writing.
* The wood is sawed into small boards that are the length of one pencil, the width of seven pencils, and the thickness of a half a pencil.
* Seven tiny grooves are cut lengthwise. Then the lead is laid into each of the grooves, and an identical board is glued on top. Finally a machine cuts the board into seven individual pencils. A Non-Toxic paint is applied, and VOILA!!

2 popsicle sticks and duct tape...and for goodness sakes dont try to use the sharpener....

You are so witty!
Guess you already know that huh? lol

Have you a WONDROUS WEEK!

If you would like to visit me,
Memories,After School and The Something Meme

Comment for Sh@KiR@ CK--What a monicker! Mr Nada, is going to throw away the soft lead and use only hard lead from now on--until he attains the age of 76.....I know!

Sorry Mr G-man, could not resist...

MORE THAN SORRY--that post about Mr Nada was for Serena...NOTE: That's the "other" thing about age 76 LOL! LOL!!

LOL...very glad I stopped by, I'm still chuckling. Thanks G-Daddy. :))

LOL, Steve E. I'm not quite 76 yet, but already experiencing that "other" thing. Happens to the best of us!:-)

you are to blogs what the discovery channel is to tv, heee heee heeee

This is a great slot of yours, thanks for making me smile. I prefer crayons myself, they rarely let you down!

I got lead in my pencil but I don't draw much anymore. Must be the wood has gone soft.

wit, wisdom and you cook too!!!

well, you've left an indelible mark in my memory with this tidbit of information!

Little known fact...Armand Hammer, an American millionare, was proclaimed a hero of the Soviet Union- for building a pencil factory that helped educate Russian peasants, and bringing widespread literacy to the communist country...

HA. this was great. Lake Flacid..lol.

i will always treat my pencils well.

I saw one of those how it's made shows on pencils. I love watching how they make something.