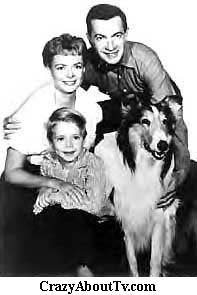 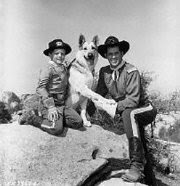 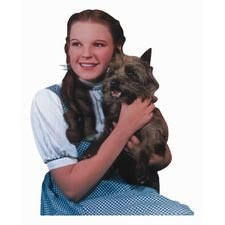 It's been eons since I've given a Mr. Knowitall observation, so I think its about time for a little Doggie Blurb...
Now people my age or maybe a little older remember Lassie, and you do indeed still see a few reruns. Of course everyone has seen The Wizard of Oz. But Rin Tin Tin may be a stretch for some of you younger kiddies.
LASSIE..The most successful animal actor EVER, starred in 7 feature films and had a TV series that ran for 19 seasons-2nd on the all time list for a drama behind Gunsmoke.
But there wasn't just 1 Lassie, there were 6 of them, and they were MALE!!
"She" was created by writer Eric Knight in a 1938 Saturday Evening Post short story. And although Lassie went on to make more dough than any animal actor in history, Knight didn't make squat...He sold the rights to MGM in 1941 for $8,000 Bucks!!
.
RIN TIN TIN..Was films first bona fide animal superstar. He made his film debut in 1922, and his box office success over the next few years literally saved Warner Brothers from bankruptcy. During the '20s, he made some 22 movies and was voted the #1 movie star in America!!
Rin Tin Tin was insured for $250,000 Dollars, and lived in a mansion right across the street from Jean Harlow. His sons and grandsons were among the dogs used in later films and the TV series that ran from 1954-1959..And as little Rusty always yelled when he sent Rin Tin Tin into action...Yo Rinty!!!!!!!
.
TOTO..Almost didn't make it into MGM's 1939 film, The Wizard of Oz. Their prop department was using W.W. Denslow's original illustrations as a casting guide, but they couldn't identify the breed of dog in the pics. Sketches were sent all over the world and no one responded... Until Hollywood trainer Carl Spitz happened to see the illustrations. He knew right away that they were looking for his Cairn Terrier named Terry. When Spitz took Terry to the studio, someone grabbed him and shouted.."Thats the dog we want"!!!
.
Jeez, now I'm gonna foot-note myself here....
The original owner of Lassie on TV was a kid named Jeff (played by Tommy Rettig). He also had a chubby friend named Porky. Whenever Porky came over to see Jeff, he would call him outside by screaming.."EEE AWW KEE".
He was replaced by a kid named Timmy (played by Jon Provost). His TV mom above was June Lockhart (later in Lost in Space)..Hot Hot Hot!!!
His last owner was a forest ranger played by actor Robert Bray.
.
ARRRRGH...I can't stop myself!!
W.C. Fields was supposed to play The Wizard of Oz, but he was dropped when he held out for more money. He was replaced by Frank Morgan.
Ray Bolger was supposed to play the Tin Woodsman, and Buddy Ebson (Jed Clampett) was slated to be the Scarecrow, but they traded parts. THEN Ebson's lungs got infected with some metallic dust sprayed on his costume, and he spent the next 6 weeks in an "Iron Lung". He was replaced by Jack Haley...
.
Now Thats TMI Tuesday.....
.
Peace...!!!
Posted by G-Man at 7:25 AM

Doggie logs -- of course! I knew that about Lassie; don't think I knew the trivia about the others. I've always loved Toto; glad he made it to Oz. Have a great day, G.:)

didn't cora the coffee lady, whop played the wicked witch of the west also have some sort of malady due to the green paint of some flash powder or something?

Even on your least informative days I learn something. Today I learned tons. I saw Lassie in reruns, not really familure with rin tin tin but I did hear of it. Flipper was more my time frame. And of course the Wizard of Oz. I was once in a work skit at a Christmas party called the Wizard of Odds. I played several things including the guy that turns them away at the gates of Oz and the line was "I'm sorry, Wally world is closed". It was fun and mixed up but every one enjoyed it as we took zingers at most everything.

Gosh I remember all those - I must be about the same age as you G! ;)

Always loved Lassie as a kid. Growing up in an apt we couldn't have dogs or cats...so, Lassie was the closest thing! :d I was able to have fish, birds & turtles only!!

According to my Yahoo Boston Group...someone told me that the original drawing of Dorothys dog in the Wizard of Oz was a Boston Terrier!!

Now where have I heard that before???

I'm tired just from reading this. You must be exhausted after expounding all this knowledge on your public.

I didn't know any of these fact, oh, except for the Wizard of Oz one about Buddy Ebson (I loved him in Barnaby Jones).

The Wizard of Odds Bryan?

But You look good Pearl!!

Lulda...
Hi there and welcome, Yeah and your Yorkshire Yahoo group says it was a Yorkshire Terrier..hahahaha

Thanks Jenn...
I know your serious..:p

...And no mention of Cloris Leachman?

I remember that "EEE-AWK_EEE" vividly.

That's a lot of stuff from memory lane! Good stuff!

I love the doggy log. I'm very sad at the moment - lost our best friend on Monday. He was 16.