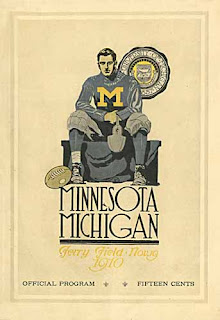 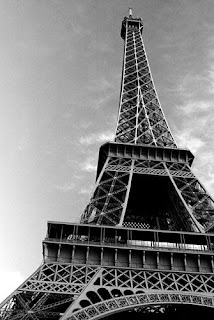 .
.
.
A Mr. Richard Fader from Fort Lee New Jersey asks...
.
'Dear Mr. Knowitall, last night at our local pub, I got into a heated argument with a fellow that claimed that 100 years ago, the tallest man made structure in the world was the Great Pyramid in Egypt. I tried to tell him that The Eifel Tower in Paris was. Since nobody here owns a computer to google it, who is right? An ice cold Pabst Blue Ribbon is at stake here'!!!!
Also, could you perhaps give us some interesting facts of 100 years ago?
.
Dear Richard...Of course I can!!
And BTW...Belly up to the bar Son, You Win!
.
In the year 1910...
*The tallest structure in the world was indeed The Eifle Tower.
*The average life expectancy was 47 years.
*Only 14% of all homes had a bath tub.
*Only 8% of all homes had a telephone.
*There were only 8000 cars, and 144 miles of paved roads.
*The average wage was .22 cents an hour.
*A dentist earned 2500.00 bucks a year
*More than 95% of all births took place at home.
*90% of all doctors had no College Degree...They attended Medical school!
*Sugar cost .04 cents a pound.
*Eggs were .14 cents a pound.
*Coffee was .15 cents a pound.
*Most women only washed their hair ONCE a month! And for shampoo they used Borax or eggs!
.
THE 5 LEADING CAUSES OF DEATH WERE..
1. Influenza
2. TB
3. Diarrhea
4. Heart Disease
5. Stroke.
.
The American Flag had 45 stars.
The population of Las Vegas Nevada was 30!!
Crossword Puzzles, Canned Beer, and Iced tea were not invented yet!
There were NO Mothers Day OR Fathers Day.
20% of America could not read or write.
Only 6% of all Americans graduated from High School
The Universty of Michigan went UNDEFEATED if College Footbal.
Marijuana, Heroin, and Morphine were available OTC at the drug store!!
There were only 230 murders in all of the USA during the entire Year!
And our beloved dear Maestro Steve-A-Roni was born that year!!.
.
.
I hope that these stats wins you some more brewski's Richard, Good Question.
But all of this century old rememberin is making Mr. Knowital grow very weary. And he has to be in Deeetroit by 9:00 AM at GM Headquarters to be trained and schooled on the New 2011 Chevy Silverado. Then return to work until 8:00 PM. Needless to say Commenting will be at a minimum, so please forgive my absence.
I bid you adieu...
.

Haha! Informative, as always, my friend. :)

My wedding dress was made two years before that - funny to think the life my great-grandmother was living when she wore it.

holy cow, the #3 cause of death, shocking. thought today in parts of the world it's still the #1 killer of children.

"And our beloved dear Maestro Steve-A-Roni was born that year!!"

I am glad though, that you were there, so you can now show proof that I was born--not hatched, ..SHAKEN...not STIRRED--grin!

yeah, ihope he wins as well...and you have pabst and death by diarrhea in the same post..how apropo...lol.

Great stuff! Makes me wonder though, when WAS crossword puzzles invented?

I actually had a (free) Pabst Blue Ribbon way back when. It wasn't bad (I've certainly had worse - including most 'lite' beers), but not good enough to make me buy it.

Once again, G-Man informs and entertains, all in one post!

we can comment amongst ourselves, can't we? not that you won't be missed, but we'll party on!
I have to gg get on my feet sometime (hint hint)
I think I know a blogger who walks in Detroit...
Dianne

way past my the life expectancy of 47 years...must be because i get to wash my hair everyday, with shampoo!
this was seriously good and i appreciate the time you took to share it, g-man!

Women washed their hair once a month? I wash mine every day! :0

Damn! I want to be schooled and trained in one of those new Silverados. Send one my way, G-Man!